All about Compression Wear for Runners 09/13 by The Natural Running Network Live | Sports Podcasts.

Compression tights look great while training and racing. Quality running tights, socks, and accessories offer huge benefits, if you know when, what and why to wear them. Listen as Richard Diaz and Richard Verney, Director of Sales at 2XU demystifies there use.

When is the best time to wear compression socks vs. calf sleeves? Does compression wear make me a faster Runner? How can recovery tights reduce soreness? How do I best care for these technical garments? All of these questions will be addressed in this interview. If you race and or train and don’t understand compression, this is a show you don’t want to miss! 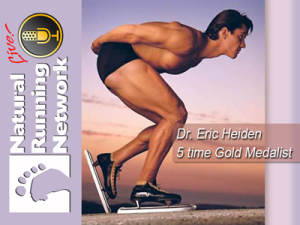 Eric Heiden, 5 time gold medalist in speed skating, pro cyclist and now physician for BMC pro cycling team.  No other athlete has broken as many records in a sport as Eric. He swept every event in speed skating in the 1980 Winter Olympic Games in Lake Placid.

Now Dr. Eric Heiden serves as team physician in a sport he is very intimate with, professional cycling. He is also founder of the UC Davis Sports Performance Center. It is very rare to have a physician with such a unique view of athletic performance both as a world champion and a medical professional. Listen as our host Richard Diaz interviews ones of the greatest American athletes of our time.

Faster! The Science behind Speed 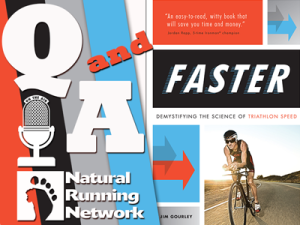 Faster, is a new book on the topic of speed as it relates to triathlon, running, cycling, swimming and overall performance.  Listen as author and astronautical engineer Jim Gourley and Richard Diaz discuss the science that few athletes consider yet should!

On 23 October 2011, Paterson won the Xterra World Championship in Kapalua, Maui, despite suffering a flat tire on the bike stage, and falling on the run stage. She recorded a run time of 43:54, almost 10 minutes faster than Lance Armstrong, whose presence had led to increased publicity for the race. Paterson repeated as champion in 2012, winning by almost four minutes over Bárbara Riveros.

Paterson coaches triathletes using the name Braveheart Coaching, she describes her coaching work as “the hardest and yet one of the most rewarding things I’ve ever done in triathlon.  She is working on a project to produce a reality TV series in which she trains underprivileged kids to race their first triathlon.